T.I.C. publishes an open letter to The Economist in reply to an article discussing central Africa and ‘coltan’ sourcing

In reply to an article published in The Economist on January 23rd 2021 titled Dodging the “Obama law” 1, T.I.C. President, Dr Daniel Persico, wrote the following:

Your article Dodging the “Obama law” (January 23rd) is a goldmine of inaccuracies. The most glaring of these inaccuracies is the statement that Dodd-Frank 1502, or the “Obama law” as you stated, “put thousands of innocent people out of work”. In fact, the “Obama law” in concert with the ITSCI transparency scheme, served to build confidence in the sourcing of tantalum from the DRC and Great Lakes Region overall.

Today it is estimated by the Tantalum-Niobium International Study Center, the trade organization representing the tantalum and niobium industry, that over 70% of global tantalum is sourced from the Great Lakes Region. While not perfect (what is?), the Obama law, coupled with the ITSCI program, were the two most important factors in stabilizing sourcing and livelihoods for tens of thousands of artisanal miners and remain so today. And when was the last time you checked an Apple laptop? If you look, you will find plenty of tantalum “under the hood”…

1 – The article appeared as Dodging the “Obama law” in the print edition dated January 23rd, but was retitled for the online version as Why it’s hard for Congo’s coltan miners to abide by the law. 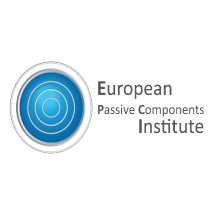