The T.I.C. proposes an increased NORM exemption level of 30 Bq/g

The safe transport of tantalum- and niobium-containing raw materials (which can be naturally radioactive 'NORM') is essential to human life and health and the environment, and also to industry and society as a whole.

However, the T.I.C. believes that the current cut-off (exemption) level of 10 Becquerels per gram (Bq/g)  for transport of radioactive tantalum/niobium containing materials is set unrealistically low; at a level that is unnecessarily cautious and a detriment to industry.
We propose an increased exemption level of 30 Bq/g and have data to show this level would still be safe (see Bulletin #180 for details).

This issue is relevant because the International Atomic Energy Agency (IAEA) has recently created a new working group to examine the current exemption level and its recommendation will be submitted by June 2020. This is a rare opportunity to reconsider how best to regulate global NORM transport. We encourage all members and stakeholders to provide their support so that the IAEA’s working group can reach the best possible decision.

Background to the safe transport of NORM

Radioactivity is a natural phenomenon and some mineral raw materials contain traces of thorium (Th) and uranium (U), making them naturally occurring radioactive materials (NORM). This includes some niobium- and tantalum-containing minerals, uranium ores, monazite for rare earth elements, zircon concentrates, and certain phosphate fertilizers. International sea transport of NORM is common since processing facilities are often far from mine sites.

The IAEA sets the international transport exemption level for defining radioactive and non-radioactive materials, and this level is often, but not always, adopted by countries for their internal transport regulations too.

However, the exemption level has only been 10 Bq/g since 1996; before then it was 70 Bq/g, and in Brazil and many other countries 70 Bq/g is still considered as a safe and reliable exemption level for internal transportation. In recent decades consolidation in the global shipping industry has significantly decreased the number of shipping lines that accept Class 7 shipments, further increasing the importance of appropriate NORM exemption levels.

Since 1996 vast quantities of data on NORM shipments and the safety of those who handle them have been generated. Increasingly, NORM transport safety experts are asking if it is time to examine all the data and reconsider what is the most appropriate exemption level.
The most recent evidence of this growing interest in NORM occurred last September at the IMO’s annual conference when Germany proposed changing the IMDG Code to include a NORM exemption level of 30 Bq/g for certain tantalum-bearing materials.

The IMO reached no decision, but asked IAEA for advice. In December IAEA created a special working group within its Transport Safety Standards Committee (TRANSSC) to consider the issue and make a recommendation at the 40th TRANSSC meeting in June 2020.
As an observer at TRANSSC the T.I.C. has been invited to join the working group. This project could have a major impact on how our industry transports materials for decades to come. One industry expert has called this project “the biggest thing to happen in NORM for 20 years”.

The IAEA’s transport meeting in June 2020 offers a rare opportunity to help shape NORM transport regulations for decades to come.

How can you get involved?

The T.I.C. has spent considerable time and effort building a strong network in the NORM community, but our biggest strength comes from you, the T.I.C. members and stakeholders. If you share our view that IAEA should increase the NORM exemption level from 10 Bq/g to 30 Bq/g we strongly request you support this initiative:

National regulators need to be fully aware of this issue because their voices at TRANSSC’s June meeting will decide whether the exemption level is changed or not. The IAEA sets the international standards for radiation safety, but regulating that safety is still a national responsibility handled by each country individually. An exemption level of 0 Bq/g is unworkable due to natural background radiation so there is a vital need for the IAEA to set a realistic exemption level which provides safety to human life, health and the environment, but at the same time does not throttle industry either.

Your support on this issue is important and appreciated. 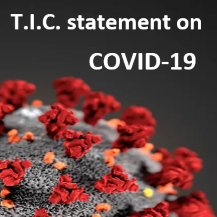 T.I.C. statement about the coronavirus 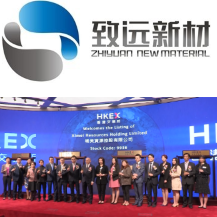 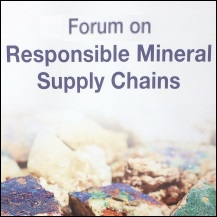